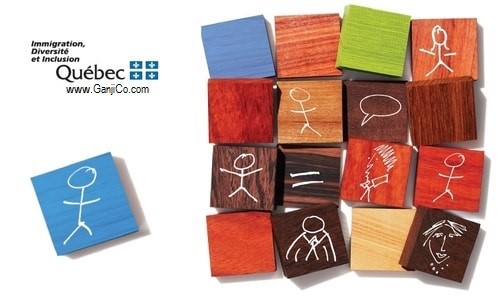 Quebec`s Values
Sharing common values
Québec is a French-speaking society, a democratic society based on the rule of law and made rich by its diversity. The Québec state and its institutions are secular.

Québec welcomes immigrants from the four corners of the earth with their know-how, skills, language, culture and religion. Québec provides services to help them integrate and participate fully and completely in Québec society.

To integrate into Québec society is to be prepared to know and respect its common values. To support newcomers in this process, the Ministère, working alongside various organizations, offers information sessions in French on, among other things, the common values of Québec and how they shape daily life.


Speaking French is a necessity
Québec society is governed by the Charter of the French Language which makes French the official language of Québec.
French is the language of public institutions and the normal and usual language of work, instruction, communications, trade and business. Québec cares about preserving and promoting its official language. French is not only an essential instrument of communication, but also a common symbol of belonging to Québec society.
To integrate in their new living environment, immigrants who are not fluent in French must make an effort to learn it. To help them do so, the Québec government provides French courses. The children of immigrants who settle permanently in Québec normally attend French school. Candidates wishing to practice a profession regulated by a professional order must demonstrate sufficient knowledge of the French language to obtain a regular permit.


A free and democratic society
The political system of Québec is based on freedom of speech and the right to equality of individuals, as well as the participation of citizens in associations, political parties and administrative bodies such as boards of directors.
Citizens can run as candidates in elections and have the right to vote in elections. They elect their representatives at all levels of government. When the government intends to pass legisla­tion, consultations are organized to permit the expression of different points of view on matters of public interest. Hateful behaviour, whether motivated by political, religious or racist reasons, is not tolerated. Québec society favors the resolution of conflicts by negotiation.

A society enriched by its diversity
Québec is becoming more diverse. The franco­phone majority, anglophones and aboriginals live together with people of diverse cultures and origins from all over the world.
Québec encourages exchanges between cultures and closer relations between communities and recognizes what an enrichment diversity is. Moreover, everyone can freely choose their lifestyle, opinions and religion, while respecting the rights of others. Relationships between people are established with respect and tolerance in a climate of harmony.


A society based on the rule of law
Québec is a democratic society based on the rule of law. All persons are equal in value and in dignity and have the right to the equal protection of the law. They must obey all laws regardless of their beliefs.
It is prohibited to discriminate against individuals on the basis of reasons set forth in the Charter of Human Rights and Freedoms, specifically:
Race
Color
Sex
Pregnancy
Sexual orientation
Civil status
Age except as provided by law
Religion
Political beliefs
Language
Ethnic or national origin
Social condition
Disability or use of a means to mitigate this disability
For example, a person cannot be refused housing due to ethnic origin, social condition or disability. Discrimination is prohibited in the workplace, specifically in job offers, the hiring process and working conditions. The law also prohibits harassment in all its forms. In this same spirit, homosexuals are recognized as having the same rights and responsibilities as all other citizens of Québec.


Political and religious powers are separate
The Québec state and its institutions are secular. Their decisions and actions are independent of religious powers.
Québec has de-confessionalized its school system. Religious confessional instruction is not part of the public school.

This value of equality also permeates the types of unions recognized in Québec. Whether they are de facto spouses, married or joined in a civil union, spouses – be they of the same or opposite sex – are equal before the law. Parental responsibilities towards their children are the same. In the event of divorce from a marriage or dissolution of a civil union, assets acquired during the union and constituting the family patrimony are shared equally between the spouses.
The law requires parents or guardians to give children the security and attention necessary for their development.