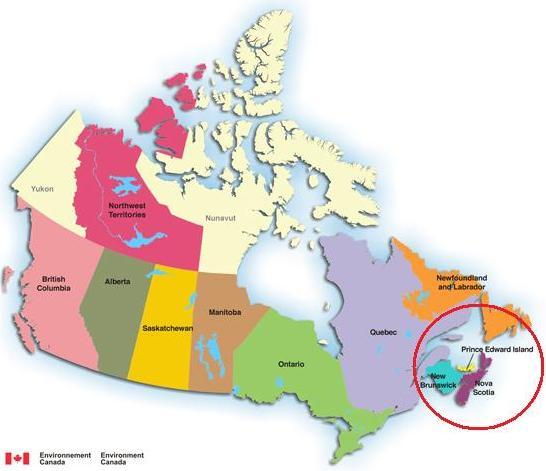 The Prince Edward Island is the smallest maritime province of Canada. It is consisting of a number of Islands with no land boundary; this cozy settlement is also known as "Garden of the Gulf" or "Cradle of Confederation". Its economy relies mainly on farming, 25% of Canada’s potatoes is cultivated on this island. As one of the oldest provinces of Canada, Prince Edward is home to almost 150,000 residents and has a land area of 5,685.74 km2

This floating beauty is named after English Prince Edward son of King George the third; the English translation of Île Saint Jean.

Charlottetown is the island’s capital city while Cornwall and Stratford are regarded as the main cities. It is also famous for its marvelous natural beauty. Endless sand beaches, forests, green hills and ocean coves have turned this cradling land on water into a heaven on earth.

The climate has a wide range on the island, moderately cold and fairly hot summers provide the residents with a pleasant temperate weather and 4-season experience. The temperature in mid-July can rise up to 30 degrees Celsius while in mid-February it drops down to -20 degrees Celsius.

Agriculture, tourism and fishery are the dominant industries shaping the island’s economy, heavy industries are not expanded but mineral natural gas deposits of this province may pave the way for future investments. New areas such as Aerospace, Bioscience, ICT and Renewable energy have helped the economy grow significantly.

The minimum wage on the island is 10.50 and the average annual family income of the residents is C$48,968.

The French, English, German, Scottish and Irish ethnic groups form the majority of the island’s inhabitants while English, French and Dutch are the dominant spoken languages of this multicultural province.

Protestant and Catholic affiliations are almost followed evenly by half of the entire community and numerous historical churches are also located on the island.

The island is mainly governed by a parliamentary government within the construction of constitutional monarchy.

Harry Frank Lewis serves as the lieutenant governor of Prince Edward Island who is mainly responsible for royal duties of the province.

The transportation system of the island has been revolving around Charlottetown, Summerside, Borden, Georgetown and Souris seaports.

Two operational airports in Charlottetown (CYYG) and Summerside (CYSU) alongside with the railway system connect the island with the mainland North America. Since 1997, ferries have also had a key role in linking the Prince Edward Island with the other regions of Canada.

The Prince Edward Island has the highest concentration of roadways across Canada. This network consists of almost 5,400 kilometers of paved or clay roads. The Confederation Bridge which is actually the longest paved structure over ice covered waters connects the island to New Brunswick.

Strict laws have been addressed by the municipality against the use of road-side signs. No billboards or portable signs can be used alongside the roads and highways of the province.

One of its main tourist attractions is an extensive cycling and hiking trail that spans the whole island named the Confederation Trail. 470 kilometers of recreational trail system.

This province is a marvelous place to study in, University of Prince Edward located in Charlottetown has a rich history with roots in two founding institutions: Prince of Wales College (est. 1834) and St. Dunstan’s University (est. 1855). UPEI honours this proud legacy through a growing reputation for research innovation and academic excellence. As of January 2015, international students from over 60 countries comprise 16 per cent of the University’s total enrolment.

The public school system includes English and Francophone districts. Approximately 25% of the teenagers aged 15 to 19 have bilingual skills.

Health PEI is regarded as the Island’s principal health authority; it is designed to provide appropriate public care to all the residents.

Since 2010 this successful system has been active and regulated by the department of health and wellness. There are seven developed and fully equipped hospitals all across the island; they serve in several areas such as primary care, home care, acute care, palliative care, chronic disease prevention and public health. An integrated electronic health record system has also been developed to enhance social health services. Ground and air ambulance services are also covering the whole province. 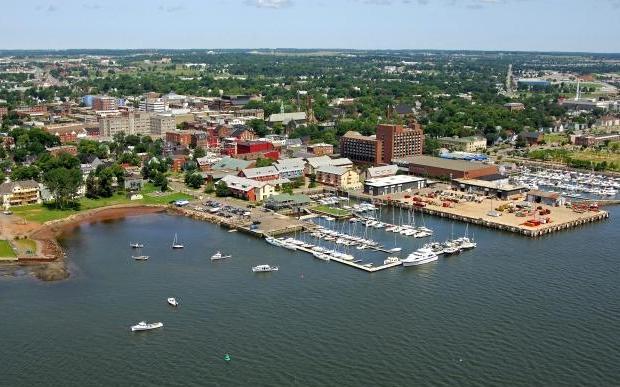 PEI is home to a number of successful and well-known artists involved in different areas. Lucy Maud Montgomery, the author of “Anne of Green Gables” and an Officer of the Order of the British Empire is one of the famous islanders. Gene and Catherine MacLellan, Al Tuck, Lennie Gallant, Two Hours Traffic and Trinity Bradshaw are the popular musicians of the island mainly active in folk and rock music.

PEI Jazz & Blues festival is held annually on the island, a one-week series of live concerts and Osheaga in almost every single neighborhood.

The Prince Edward Island surrounding waters are practically warmer than the Atlantic Ocean off the shores of nearby New England; this has made this province a desirable attraction for water sport athletes, especially during summer.

The island has also hosted Canada winter games in 1991and Canada summer games in 2009.

How to immigrate to Prince Edward Island, Click Here